South west of Jaipur, Ajmer is an oasis wrapped in the green hills. The city was founded by Raja Ajay Pal Chauhan in the 7th Century A.D. and continued to be a major centre of the Chauhan power till 1193 A.D. When Prithviraj Chauhan lost it to Mohammed Gaure. Since then, Ajmer became home to many dynasties.

Today, Ajmer is a popular pilgrimage centre for the Hindus as well as Muslims. Especially famous is the Dargah Sharif-tomb of the Sufi saint Khwaja Moinuddin Chisti, which is equally revered by the Hindus and Muslims. It is a centre of culture and education.

Ajmer is also the base for visiting Pushkar (14 km.), the abode of Lord Brahma, lying to its west with a temple and a picturesque lake.

The Pushkar Lake is a sacred spot for Hindus. During the month of Kartik (Oct./Nov.), devotees throng in large numbers here to take a dip in the sacred lake. 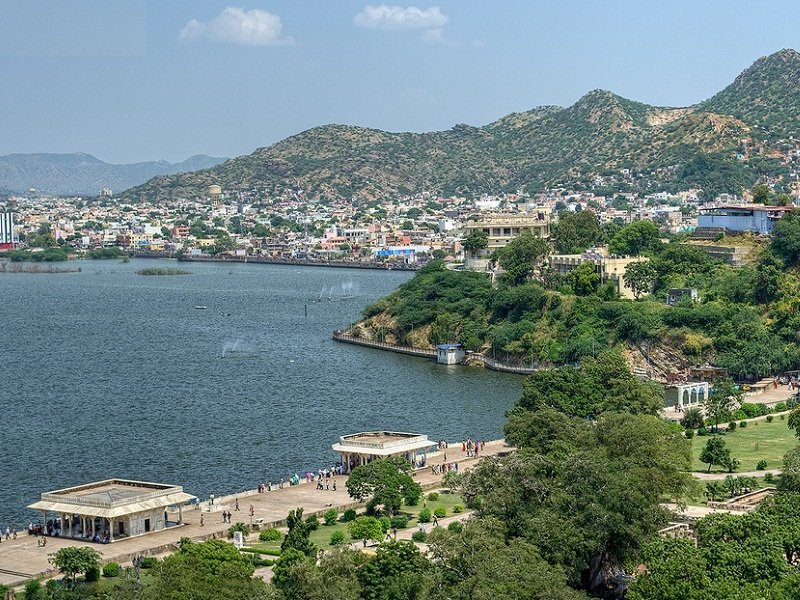 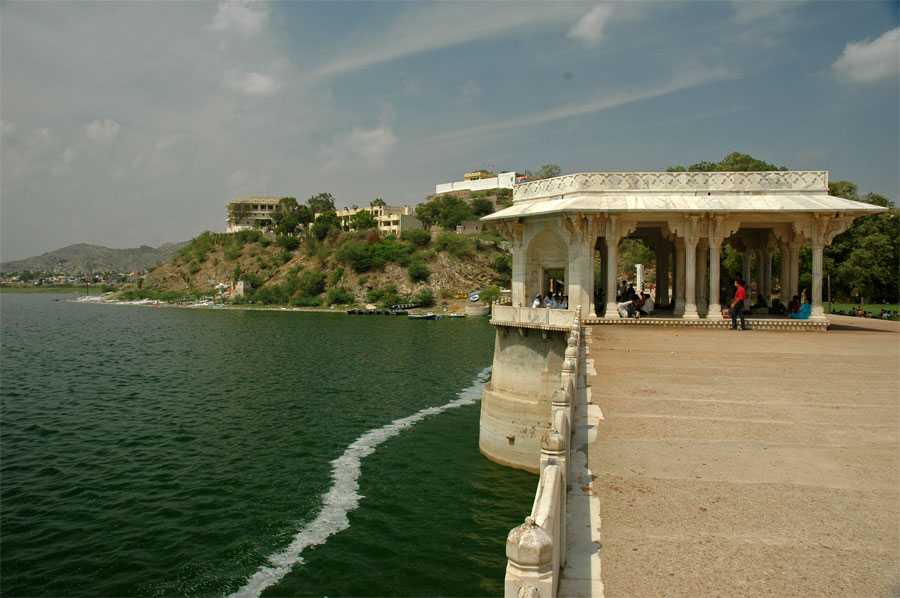 The small town of Ajmer, 78 miles west of Jaipur, played a surprisingly important role in India’s history. Set at the point where the rocky Aravalli Hills end and the Thar Desert begins, this was originally the stronghold of the powerful Chauhan Dynasty of Rajputs, who built India’s first ever hill fort here in the 7th century, Taragarh, whose ruins you can still see today.

Ajmer was ruled by the great Raja Prithvi Chauhan the last Hindu king of Delhi, until his defeat in 1192 . After having changed hands several times, in 1556 Ajmer finally came under the Mughal Emperor, Akbar who used it as the headquarters for his vitally important operations in Rajasthan. It was here, a generation later, that the first British Ambassador, Sir Thomas Roe, had an historic meeting with Emperor Jahangir in 1615, and it was here, half a century later, that the critical battle between the Mughals crown prince, Dara Shukoh, and the usurper, was fought. Later Emperor, Aurangzeb, took place. In the 19th century, Ajmer became a little British enclave, from where the British Chief Commissioner for Rajputana kept and eagle eye on all the Rajput Kingdoms. After the decline of the Mughals, control of Ajmer passed into the hands of the new power brokers, the Marathas, particularly the Scindias of Gwalior. By 1818, Ajmer had come under the influence of the British who left their legacy in the form of some excellent academic institutions. Ajmer remains the centre of many quality public schools in India to this day.